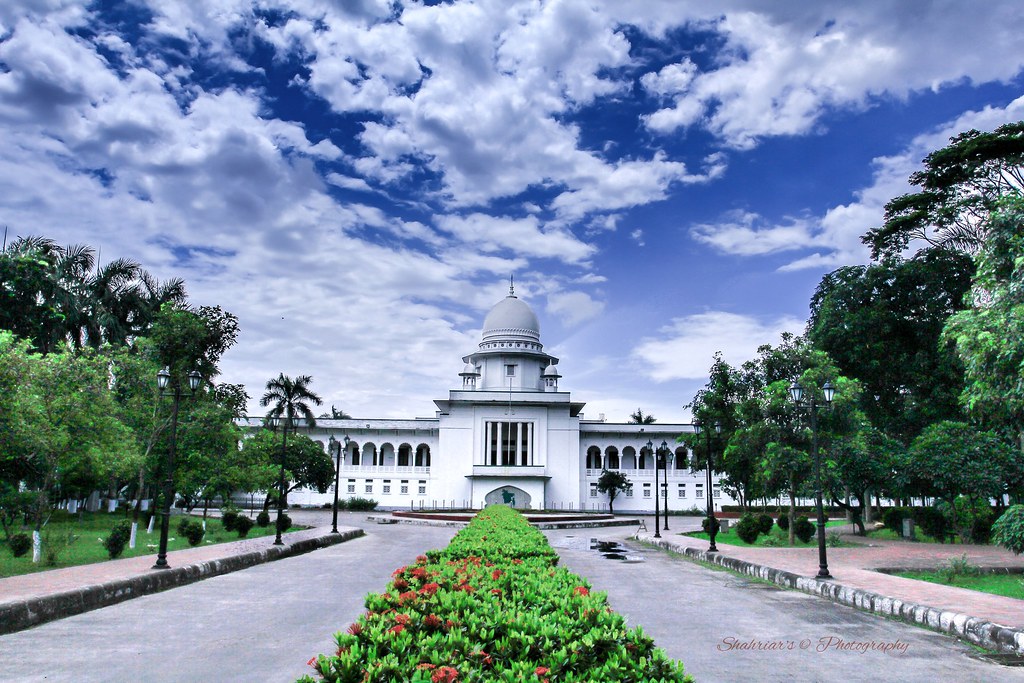 Bangladesh Supreme Court Bar Association was formally formed in 1948 and it made extinct in 1972, after independence of Bangladesh , as Bangladesh Supreme Court Bar Association under the Bangladesh Legal Practitioners and Bar Council Order, which was subsequently amended by Legal Practitioners and Bar Council ( Amendment ) Act 39 of 2003.It traces its roots as in the British colony then Indo-Pak- Bangladesh Sub-Continent High Courts were established by the Indian High Courts Act , 1861 passed by the British Parliament. The High Court of Judicature at Calcutta was set up on 14th May 1862. And Dhaka High court (then East Pakistan High Court) is the successor of the Calcutta High court vides Indian Independence Act 1947.
Then some eminent Lawyers practicing before the East Pakistan High Court namely Mr. A.K. Fazlul Huq, Mr. Prakash Pakrashi, Mr. Syed Modares Ali and Mr. Sabita Ranjan Pal ( S.R. Pal) pioneered to form an Association of the practitioner Advocates who were enrolled to the new